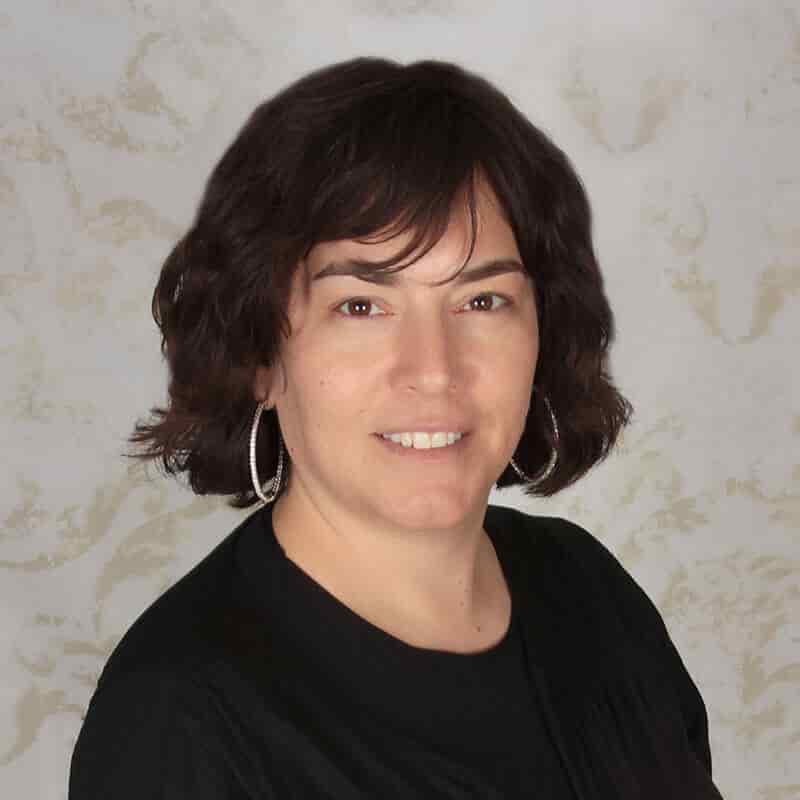 Sara is a native Southern Californian. Her dedication to education took her across the globe to Melbourne, Australia and then to New York, studying and teaching preschool and elementary school levels. After moving back to Southern California with her husband, Sara continued following her passion by furthering her study in her chosen field at UCLA, keeping abreast of the most current Early Childhood approaches. 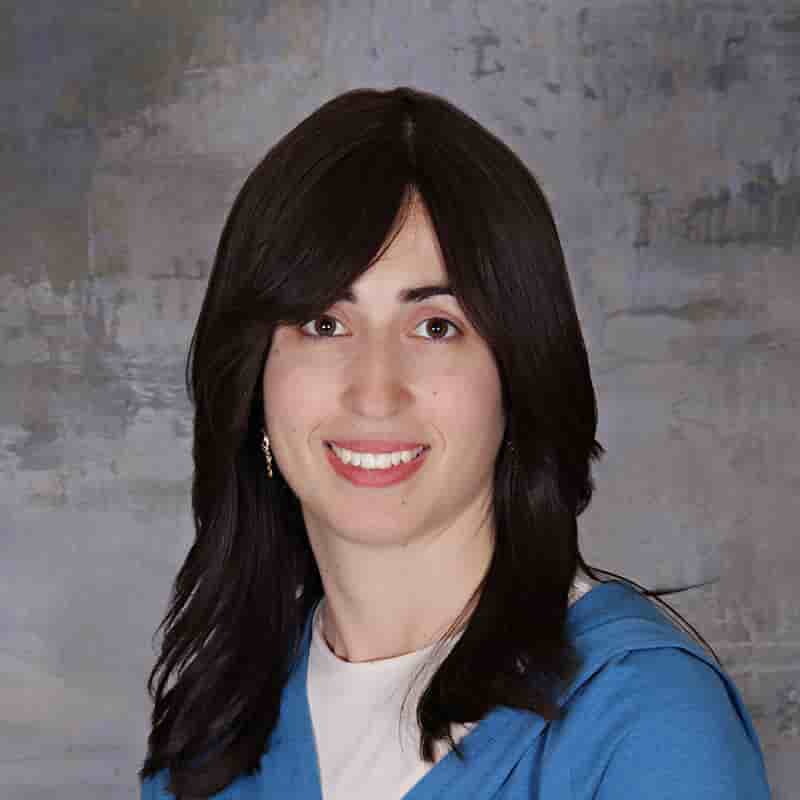 Alta was born in New York and raised in Toronto. After continuing her education in a teaching seminary in Israel, Alta returned to North America to put her skills to work in the classroom while studying child development at UCLA.
With more than a dozen years experience as a teacher at both elementary school and preschool teaching, Alta joins the Growing Garden Academy as the director of development and Judaic studies teacher.
As a dedicated wife and mother of five, Alta believes that every child is an entire world with their own unique needs and gifts. 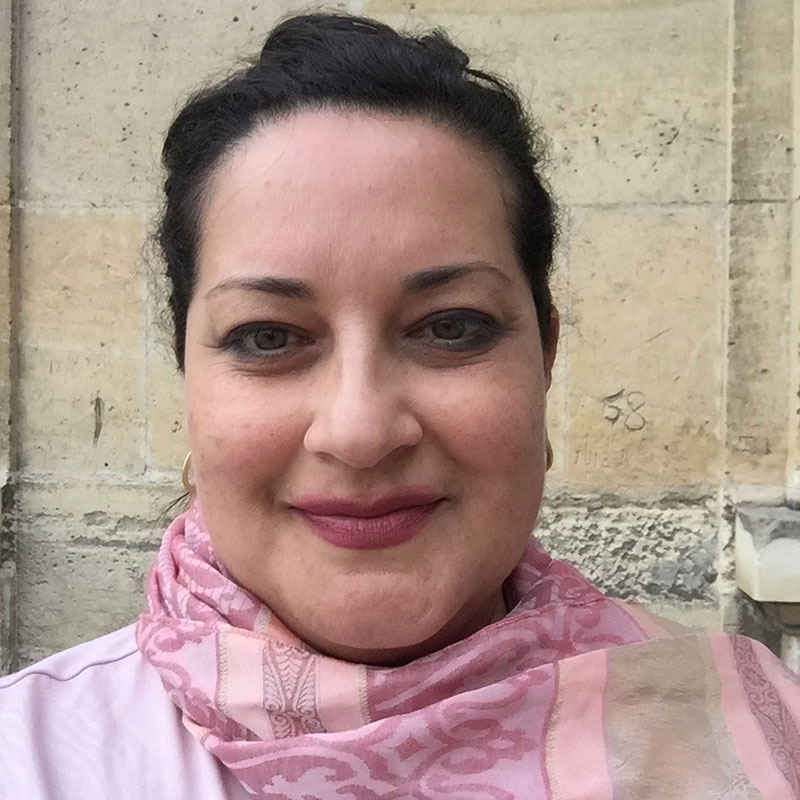 Dr. Debra E.S. Bogle has guided children for over 25 years as a classroom teacher in elementary, middle and high school. She is a Reading Recovery Teacher, and has served as a curriculum coach, master teacher, curricula writer, English Language Learner Teacher and Director, and content coaching mentor in three countries and five states. Having earned her doctorate in Urban Education and Leadership at the University of Southern California, she currently teaches in the Masters of Teaching Program and the Reading Authorization Program at USC, where she wrote the foundational course curriculum. Dr. Bogle serves on several advisory boards and is active in P.E.O. She is committed to building access in education for all women. She is a mother of two and grandmother and resides in the South Bay. She is often in her adopted home writing children's literature, cooking, baking, listening to music, perusing art, exploring and enjoying the countryside with her family and friends in France.
Dr. Bogle just published Building Bridges: Curricula Notes The Arts, Equity, Democracy and Inclusion Community Curriculum for Transitional Kindergarten by Archway for Simon Schuster this July.
She has three more publications coming this fall all Children's Literature focused on Inclusion and Global Children.
Dr. Bogle helps schools around the country re-conceptualize educational systems in order to continuously create child-centered, research-based curricula that is inclusive, innovative, holistic, progressive global and democratic. She supports the importance of multiple perspectives shaping our dialogue in our communities and envisions learning as a series of joyful discoveries that encourage children to reach into their creative capacities and develop a life-long love of learning.
Dr. Bogle is an educational visionary and consultant who reaches out to communities, teachers and administrators to support all children and teachers on their educational path. 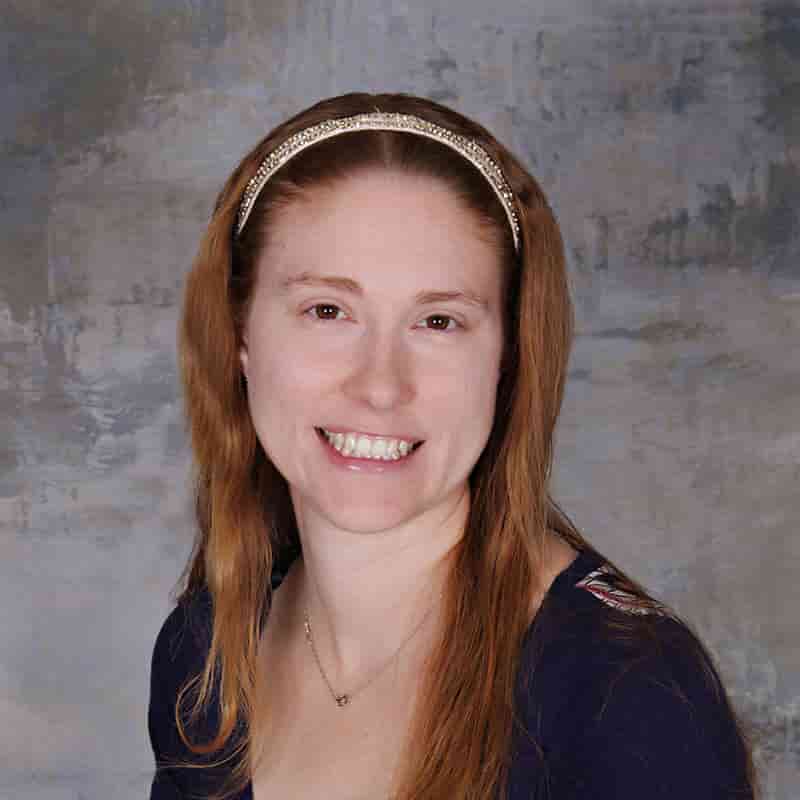 Tracy has taught at the Growing Garden Preschool since 2006. Starting 2009 Tracy has been our lead Kindergarten teacher at the Growing Garden and loves every minute. She continues to grow our Kindergarten curriculum to meet the needs of each child. Tracy inspires her students to explore and discover using their multiple intelligences. After graduating from UCLA she spent a year abroad teaching English in Japan.
This allowed her to appreciate how children have many similarities yet each has his/her unique learning style. Along with following sports with an emphasis on the Dodgers and fantasy football, she loves to read, travel and dine! 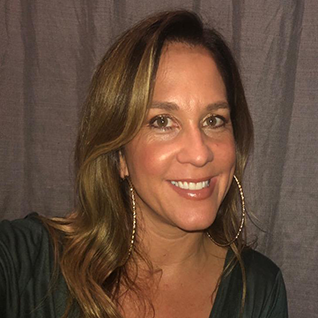 Shandy is the 3rd/4th grade teacher. She spent her earlier years growing up in Huntington Beach, and then earned a basketball scholarship out of high school to play for The University of Oregon Ducks. She later transferred to play at The University of Kansas, a nationally ranked Division I team that made it to the Sweet Sixteen in the NCAA tournament. Shandy studied Human and Child Development, and taught preschool and TK. She eventually returned to California, to study fashion design at FIDM in Los Angeles. During this time, she also taught P.E., and later became a 1st/2nd/3rd teacher in a combination classroom at a Montessori School in Pasadena. After taking a break from teaching to work in property management and fashion design, Shandy then decided to go back to school to obtain her multiple subject teaching credential at Vanguard University, which led to a kindergarten teaching job within Newport Mesa Unified School District. In 2013, Shandy's passion for mentoring underprivileged youth led her to Ghana and East Africa for The Shandy Africa Project. The project focused on educating, mentoring, and exposing children from the streets and slums to the outside world through art, sports, safaris, and tutoring. After 3 summers of traveling back and forth to Africa, Shandy decided to move to Kampala, Uganda, where she taught 3rd grade for 4 years at a CIS accredited international school. She also coached the U11 and U9 boys' championship basketball teams, served as the school's community links coordinator, and directed school talent shows. Just before returning home to California, Shandy taught kindergarten at an international school in Doha, Qatar, and directed over 100 students in the Year 1 winter production, 'Celebrating Differences Around the World.' Shandy's passion is to mold young minds into becoming global citizens, who are confident, collaborative, creative, hard working, and respectful. 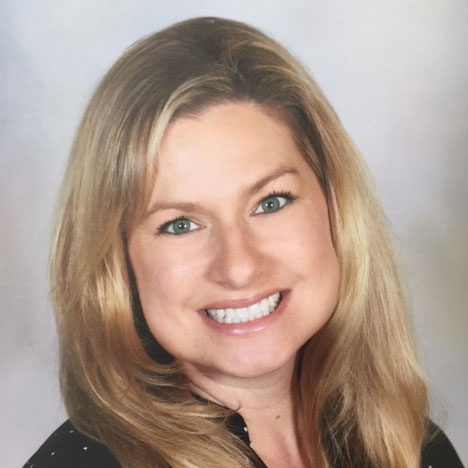 Susanne is grateful to be teaching at the Growing Garden Academy as the 1st and 2nd grade teacher. She has over 13 years of elementary teaching experience in both private and public schools.
Susanne received her Bachelor of Arts Degree in Theatre and her Elementary Teaching License at the University of Colorado at Boulder. She taught 2nd grade at Mountain View Elementary School for 3 years in beautiful Colorado. A native Californian, Susanne returned to her roots in 2004, and taught Kindergarten, 1st and 2nd grades at Wildwood School. Wildwood is a Reggio Emilia inspired progressive private school with a philosophy of placing students at the center of their own learning. After many years at Wildwood, Susanne became the Division Coordinator for grades K-2, planning and implementing much of the curriculum in the classrooms. While at Wildwood, she trained for 3 summers at Columbia University at The Teacher’s College Reading and Writing Program. A lover of theatre and music, Susanne created and led a musical theatre camp for many summers, serving families throughout Beverly Hills and Santa Monica. She believes in curriculum that cultivates innovative thinkers, compassionate leaders and confidant scholars.
Susanne, her husband, and 2 children love living in Redondo Beach. During their free time they enjoy hiking, biking, paddle boarding and spending time at the beach. 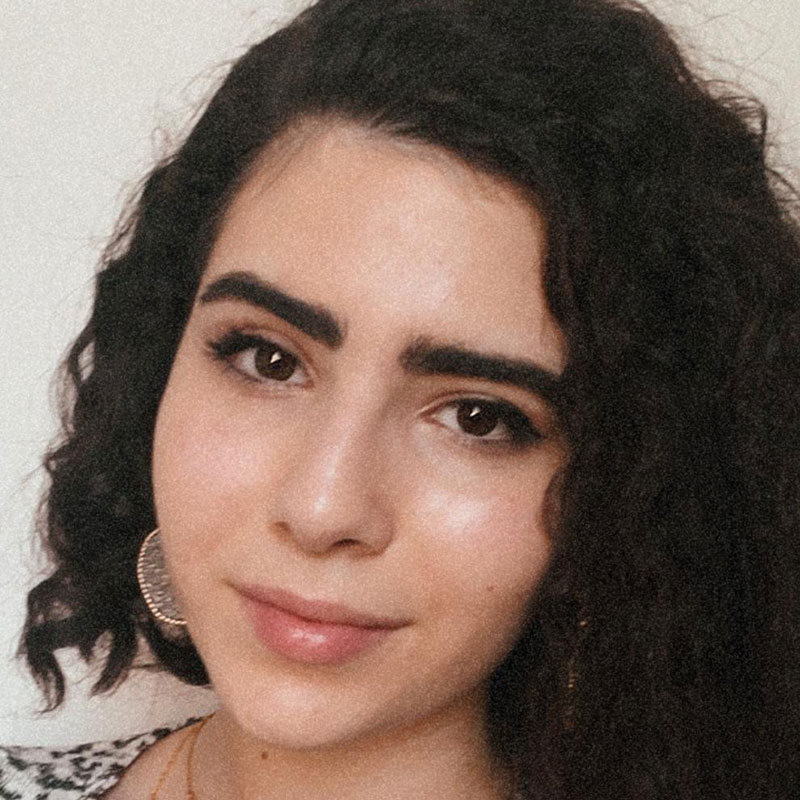 Shayna is a beloved teacher in our community having served as a counselor this summer and now teaching our Global Curriculum in 3rd and 4th grades. Shayna is from Montreal, Canada and is a polyglot, having learned French, English and Hebrew. Shayna loves art and music and looks forward to helping each child reach into their potential and feeling joyous about themselves, their community and about one another. 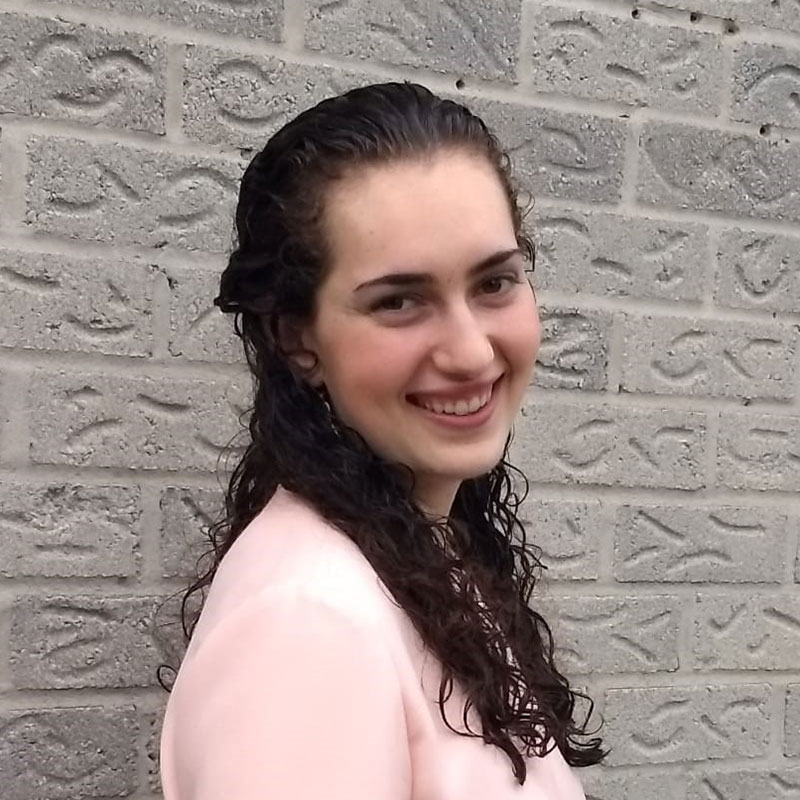 Sarale grew up in Toronto with many brothers and sisters, including her sister Alta Devorah Gordon, our Growing Garden Director.
Sarale has studied in Milan, Italy and graduated from a teaching academy in Italy. Sarale has taught in Hebrew school and run programs for young students in middle school and high school. Sarale enjoys playing piano, reading and spending time with her neices and nephews. We love Sarale's warmth and her commitment to our children in the community. 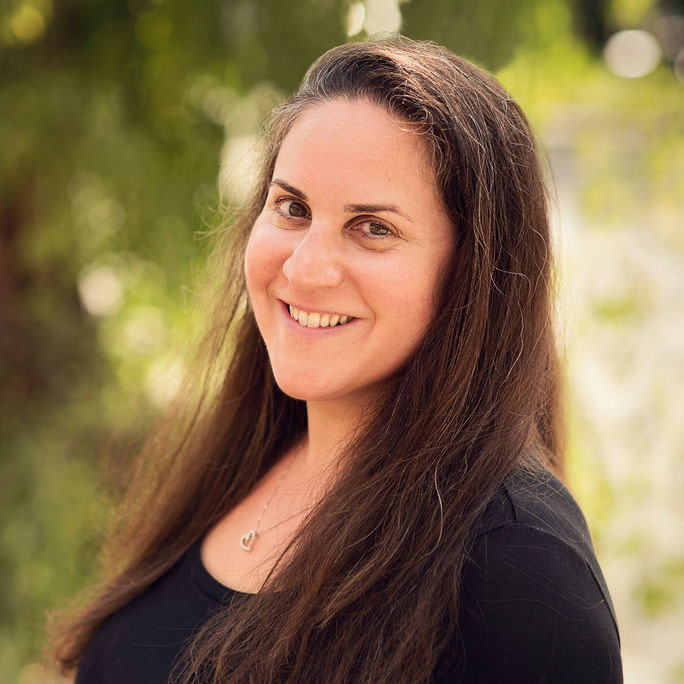 Rebecca Luskin recently joined the Growing Garden Preschool & Academy as the Parent Council Coordinator and Head of Academic Research for the Academy. Rebecca is an education research and evaluation professional with 15+ years experience in learning and development organizations. She is a professionally trained social research methodologist, with expertise in teacher professional development and training, assessment practice, measurement and instrument design, data-based decision making in K-12 organizations, and project management. Rebecca received her BA in History from UC Berkeley, Masters in Library and Information Science and MA in Education and Social Research Methodology from UCLA.

We are currently working with consultants to recruit additional qualified teachers and staff for the Growing Garden Academy 2020-2021 school year.